Online Document Management - As Government Moves to the Cloud

The United States government has issued a mandate for federal agencies, stated simply, “move to the cloud”.  Federal agencies are now required to take a “cloud first” approach.  If an application exists on the cloud and is cost-effective, reliable and secure, then the Office of Management and Budget (OMB) requires the agency to use the cloud application by default.

So why the move to the Cloud? Federal IT spending is approximately $80 Billion each year.  Even with this large 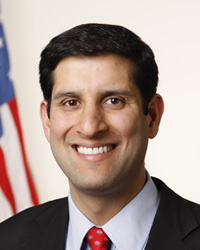 budget, government still lags behind the private sector’s use of technology.  According to federal government’s CIO, Vivek Kundra, too many agencies had IT projects that were over budget, behind schedule or just outright failed to deliver on what was promised.

Based upon the initial numbers Kundra commissioned a review of 20 agencies projects.  The review showed that only half of the projects were on track.  By reworking or canceling projects, Kundra estimates that the federal government saved $1.6 Billion.

By moving to the cloud, agencies can quickly and cost-effectively deploy solutions.  One example cited by Kundra in his “25 Point Implementation Plan To Reform Federal Information Technology Management” was the difference between the Cash for Clunkers program and a commercial video site.  In his plan he outlines how the clunker program could not handle the volume of transactions.   Further, the system was not stabilized until over a month after it went live.  In comparison, the cloud application he referenced went live with a jump in demand from 25,000 users to 250,000 users and then to 20,000 new users an hour.  This cloud application handled this volume by increasing the number of virtual servers from 50 to 4,000 in three days to support the real-time volume.

Pundits and analysts propose that one of the first applications that agencies should migrate is their e-mail.  While this is an obvious choice, so is document management.  Document management on the cloud can take advantage of both cloud processing and cloud storage.  Thus it can be scaled up or down based on the agencies needs.

DocuVantage OnDemand is used by both the public sector, including Federal, as well as the private sector and is listed on GSA. For interested agencies, you can find out more about DocuVantage OnDemand and request a no obligation free trial at www.docuvantage.com.